This research project, funded by the German Federal Ministry of Economics and Technology, was carried out to investigate why the parameters for vapour diffusion resistance (µ value) for individual, largely comparable wood-based materials deviated to an enormous degree – in some cases more than the power of ten. The literature research prior to the application being submitted provided no explanation for this, so a systematic investigation of the influences of each parameter seemed necessary.

During the project it became clear that certain parameters (e.g. the type of binding agent) had no recognizable influence while others had a considerable influence. The raw density, for example, has an exponential effect. This, combined with the fact that the raw density of wood-based materials has a relatively large - for construction purposes inconsequential - variance, explains why there were great differences in the specified values. The results of the investigations in this project also show that the µ-values measured cannot be reliably interpreted if the raw density of the test specimen is not accounted for at the very least. Besides the raw density, the particle size and the level of adhesive content also have a considerable influence under each different set of conditions.

Whilst the raw density correlates very well with the µ value, the logarithmical influence of the particle size is very difficult to model, so specific models were created in this project for common particles such as fibres, chips and strands. The influence of the level of adhesive content, however, correlates with the raw density and the particle size such that the models for describing the µ value display two summands.

The first describes as

the exponential influence of the raw density. The second, as

describes the influence of the level of adhesive content in relation to the raw density.

The models are not precise mathematical physical models. They have been empirically calculated on the basis of test results. Error estimation has shown that the results have an error level of around +/-10% and that measurements show a similar error range. As the adhesive content in a diffusion sample and within a layer cannot be precisely ascertained and the particle sizes can differ greatly even within a layer, the difference between the measurement and the calculation can be even greater than that stated above. However, a µ value as shown above can be expected on average, meaning that the µ value can be predicted with sufficient precision for a production batch.

Comparing the results of the diffusion measurements with small samples with a diffusion face of around 54cm² to those with a 250cm² diffusion face, it can be seen that the smaller test specimens produce greater deviations from the average (especially when there are inhomogeneous materials in the face) than their larger counterparts. ISO 12572 specifies that the diffusion resistance value has to be the (arithmetic) average from 5 samples. This approach, however, does not take into account that the process involves parallel-“connected” resistances from a physical point of view. Face (Ages) of a wood-based material consists of many small aligned faces (Ai). Thus, the face

The ISO 12572 should, however, stipulate that the diffusion resistance of the respective material is no longer formed from the average values of the measurement results, but instead through observation of parallel-connected resistances. 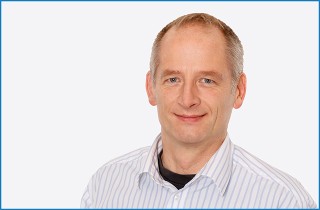